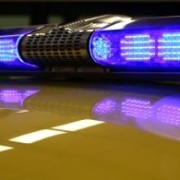 The percentage of truck and bus drivers cited or warned for speeding and seat belt use declined during the Commercial Vehicle Safety Alliance’s Operation Safe Driver, the group said.

Speeding and seat belt enforcement also fell for passenger car drivers, though they were the top violations for both classes of drivers. Operation Safe Driver focuses on enforcing laws for trucks and buses as well as passenger cars that drive near them.

“Operation Safe Driver continues to increase its impact each year in targeting problem behaviors by all drivers, whether they drive a passenger car or a CMV, and by taking action on those who need it,” CVSA’s president, Sgt. Thomas Fuller from the New York State Police, said in a statement. “We will continue to grow our enforcement and outreach efforts until we can eliminate those driving behaviors that have been shown to cause or contribute to crashes involving large trucks and buses.”

Tips for Driving Safely in the Snow

The Driving Force Behind Freight Classification Changes: Simply, Times are A...
Scroll to top