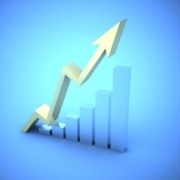 This story appears in the March 17 print edition of Transport Topics.

NASHVILLE, Tenn. — The domestic heavy-duty truck market is poised for significant growth this year and in 2015, an analyst from IHS Automotive told an audience of manufacturing and supplier executives.

“We’re very optimistic for growth in sales and production across all classes this year, and even more so heading into 2015,” Andrej Divis, the firm’s director of global truck research, said here March 10 at Heavy Duty Dialogue.

Also during HDD, a carrier executive said freight demand is very strong, which will enable fleets to look for price increases from their customers. But carriers also are facing a severe driver shortage, which will limit their ability to increase revenue.

The event was sponsored by the Heavy Duty Manufacturers Association and Transport Topics Publishing Group.

The heavy-duty truck market is set to reap the benefits of greater investment spending and higher household consumption, which will contribute to a gross domestic product growth rate between 2.5% and 3% this year, up from 1.9% growth in 2013.

He also pointed to recent strength in North American Class 8 orders as a “very positive” sign for the year ahead. ACT Research said net orders totaled 95,455 for December through February — the industry’s best three-month total since early 2006.

A decline in the truck market is unlikely, even if the housing market doesn’t accelerate or political uncertainty hampers growth, Even if we turn out to have a subpar year, we still think we’re going to do better than 2008-2009, when rates fell 8% to 10%. which is a sharp contrast to the current trucking economy.

The biggest “game changer” in trucking now is the driver shortage. If anything is unfavorable in a driver’s experience — for example, the way a shipper treats drivers — it “comes under the microscope” and could lead to the driver leaving. Therefore, some carriers are dropping problem shippers.

Another important factor is the increased reach of management made possible by information technology. “Today, we’re essentially in the cab with them.”

Information technology enables carriers to pay drivers according to their performance. “Like in other jobs,some are better than others, and carriers are able to track a driver’s fuel economy, whether he stays on route, and incidents such as hard braking. And soon, most carriers will be able to use in-cab cameras to monitor drivers’ activities.

5 Predictions for The Future of Third Party Logistics in 2020